If you live on any of Australia's eastward-facing coasts, you may be vulnerable to extreme weather conditions caused by the approach of a tropical cyclone. During the season they are becoming increasingly frequent, and while the point of landfall may be inconsistent, there is nevertheless a risk that your area could be in the cross-hairs next time.

As you may know, these storms can be particularly destructive with the biggest threat caused by storm surge and high winds. You need to ensure that your home can cope with these challenging conditions as much as possible and especially as far as the windows are concerned. Do you think you're ready for the next "big one?"

Whenever a cyclone hits, the worst damage is typically found away from the centre of circulation and in the quadrant where winds are spiralling from the ocean towards the coast. These wind speeds can reach a couple of hundred kilometres per hour at their worst and damage can be expected if you're unlucky enough to be in their path.

Up to the Job

However, the glazing industry has developed window products that can remain intact even in these nightmare conditions, to provide protection for not only the people inside the structure, but also the building itself.

One of the biggest risks in this situation is the pressure differential. If a major glass window at the front of the house was to shatter during the height of the storm, this would allow wind to enter the property and would create a significant pressure differential between the outside and the inside. This is enough to raise the roof of a property or, in the worst-case scenario, cause it to implode altogether.

Consequently, you should investigate the possibility of fitting cyclone-resistant glass windows that are certified to resist wind speeds up to a certain power. This glass is specially laminated for this purpose and will allow a certain amount of "give" without breaching the window envelope itself. Should the glass sustain some damage from flying tree limbs or other objects, it will remain weathertight and protect the structural integrity of the home.

While cyclones seem to be getting stronger as the years go by, engineers feel that they have these extremes covered. These resistant glass windows are designed to withstand pressures that are almost twice as great as those currently encountered.

Make sure that you protect your investment and the safety of your family by installing these resistant windows before the next season starts. 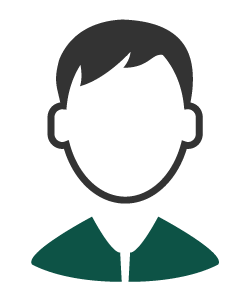 Hey! My name is Rich and I would like to talk to you about all of the glass in your home. Many people do not realise just how much glass is in their home until someone explains it to them and they really take the time to think about it. For example, you may have a glass splashback on your kitchen sink, a glass shower screen and glass in internal doors. All of this glass will need to be properly maintained to keep it in top condition. I am not a professional, but I learnt a lot about glass care when I had to replace some damaged glass in my home. I hope you like my blog.

Reasons to Install a Frameless Shower in Your Bathroom
22 November 2021
When installing a glass shower in your home, one of the main decisions to make is how much framing to opt for. Should you install a frameless or fully …

4 Reasons Installing Frameless Shower Screens Is Never A Waste Of Time
29 July 2021
The bathroom is an essential part of the house. It is where you clean up in the morning before work. It is also where you relax and invigorate your bo …